I am a proponent of the shop the outsides theory.  What that means is that when I go grocery shopping I do not go into the aisles, just the produce, meat, and dairy section.  The exceptions to the rule are frozen fruits and vegetables and the ethnic aisle.  LOVE the ethnic aisle.  I could spend hours and hundreds on all of the interesting and new flavors found there.  My grocery store also has a little section of hispanic refrigerated products, which include fresh cheeses, corn husks, and arepas.  Arepas are flat round breads that can be made from corn or flour, typically eaten for breakfast or an afternoon snack. 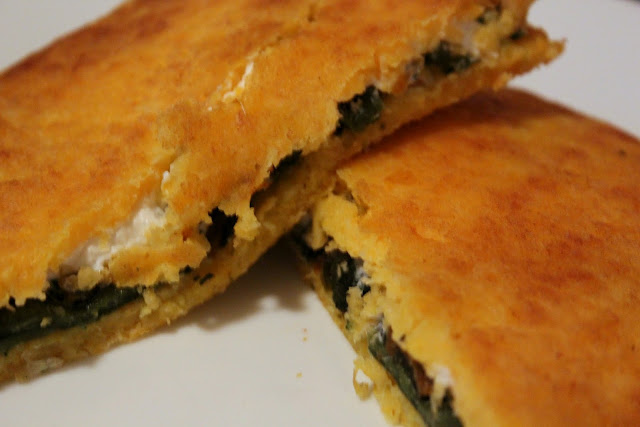 So how fitting is it to use arepas for a grilled cheese!  It's a little grown up, combining roasted poblanos and goat cheese with a slightly sweet creamy corn and cilantro spread.  And also addictive . . . Don't tell anyone but I totally made a second one after polishing off the first. 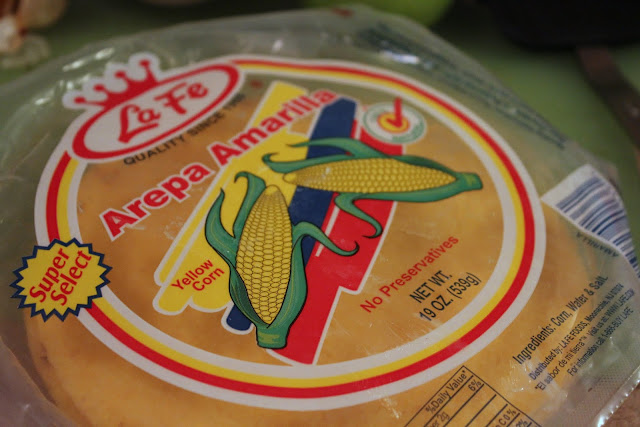 I roasted the poblanos (and a lone jalapeno) in my oven at 400 F for about 45-50 minutes, turning every 15 minutes or so.  Once the skins were blistered and slightly puffed I pulled the peppers out, put the roasted pepper in a bowl, and covered with plastic wrap.  The steam generated will you to remove the skin, which you should remove along with the core and the seeds.  DO NOT RINSE!  It takes aways all the flavor.  Trust me, the extra work is worth it! 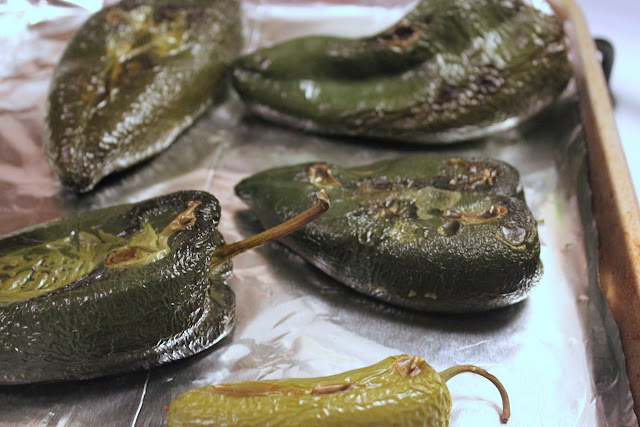 To assemble the grilled cheese, I first toasted up both sides of the arepa in a little butter over medium heat.  The creamy cilantro corn, handful of roasted poblanos, and a healthy dose of goat cheese was spread between the toasted arepas and returned to the pan for another minute or so to melt the cheese.  Addictive slightly spicy grilled cheese, the perfect grown up afterschool snack! 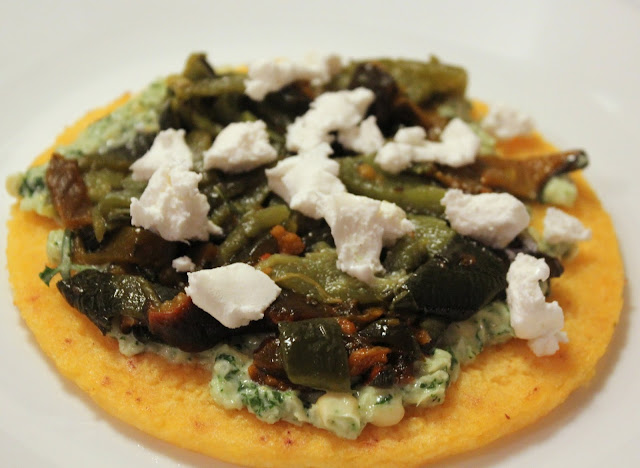 Preheat the oven to 400 F.  Place the poblanos and the jalapeno on a foil lined baking sheet.  Bake for about 45-50 minutes, turning the peppers every 15 minutes or so.

When the peppers are blistered all over, pull from the oven and place in a bowl covered with plastic wrap.  Let sit for a few minutes then remove the skins, seeds, and cores. 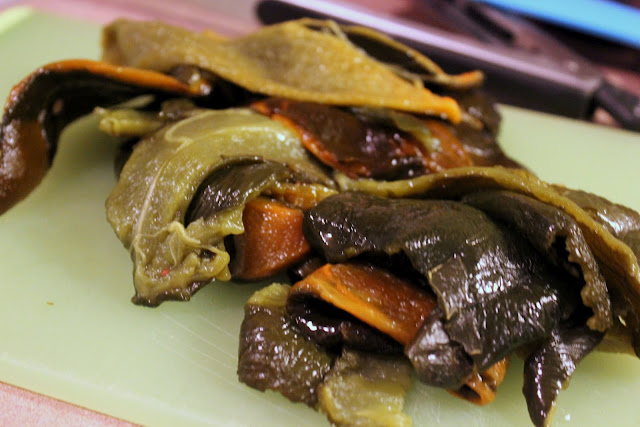 To store, chop up the peppers and put in a lidded container in the fridge (keeps about a week).  Add in a few smashed garlic cloves if you want (I wanted).

Combine all ingredients in a blender or immersion blender cup. 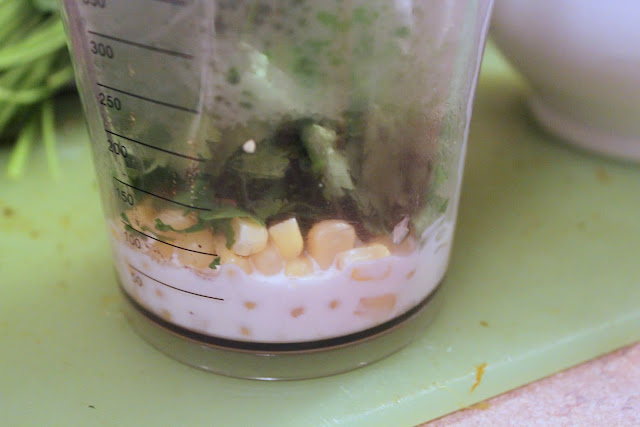 Blend up!  I left mine a little chunky and it made enough for two sandwiches.

Begin by toasting the arepas in enough butter to coat the pan on medium to medium high heat. 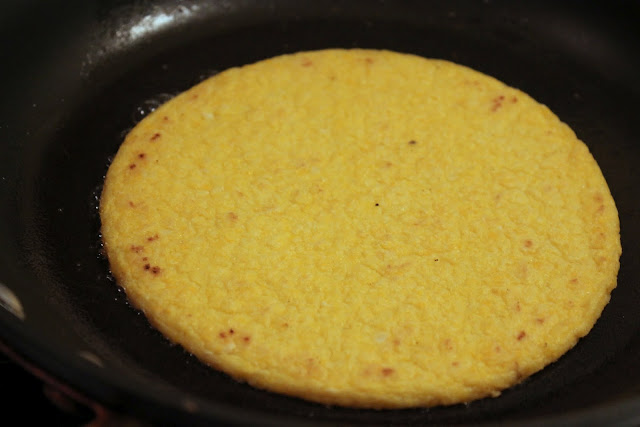 To build the sandwich, spread the cilantro corn spread on one arepa, mete out a good layer of roasted poblanos, and crumble the goat cheese on top.

Top with the second arepa and carefully return the sandwich to the saute pan with a little more butter and cook for another two minutes until the goat cheese has melted. 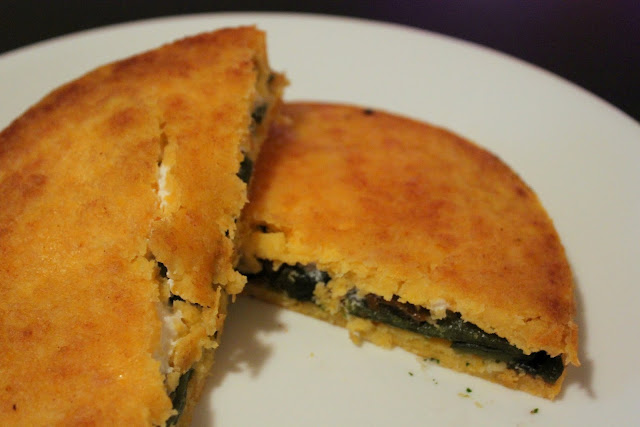