The first time I made gnocchi epitomizes the name of this blog: I am a hurricane in the kitchen.  It was summer and I was interning during the day and taking a microbiology night class.  One afternoon, I had an hour home between the two and was vegging out food network style.  Giada was making gnocchi and made it look so easy, so of course I had to attempt!  I managed to cook and eat it within the remaining 50 minutes, without anytime to clean up.  Imaginably, there were dishes EVERYWHERE in the kitchen, a counter covered in flour, and brown butter splatter all over the stove.  But gosh they were delicious! 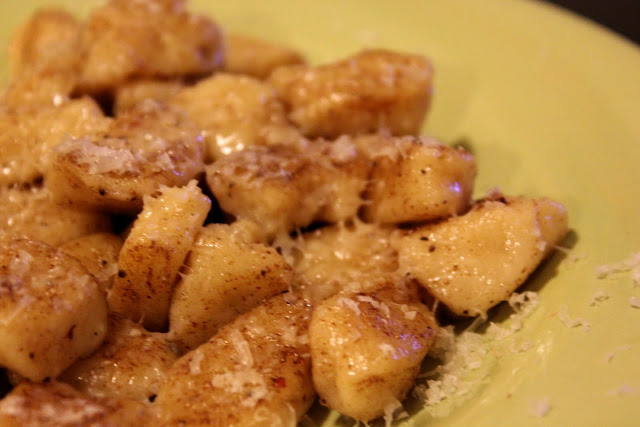 Now that I don’t have a ginormous used-to-be-two-rooms-and-now-it’s-one kitchen at my regular disposal, I have to work a lot cleaner.  But sometimes a little mess is required for a great dish, and this is one of those times.  I had baked gnocchi a couple of weeks ago at Sabatino’s in Baltimore (go there now.) and they had the lightest texture of gnocchi I had ever tasted.  I thought I could emulate the smoothness and lightness by supplementing the potato base with ricotta cheese and adding extra flour, as compared to Giada’s gnocchi. 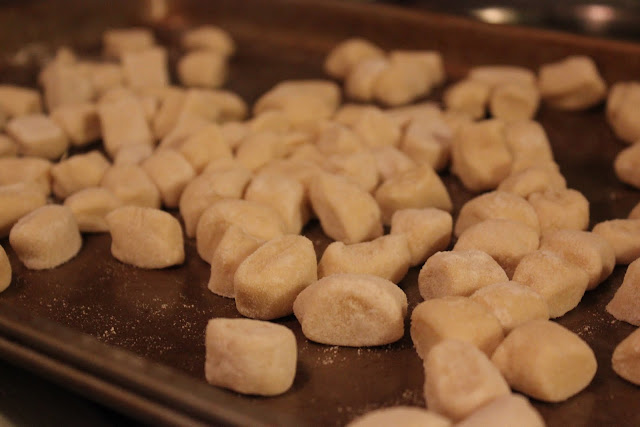 I baked the potato in the microwave (revelation!) and mashed it in with the ricotta and the salt, pepper, and nutmeg.  The beaten egg was used to bind the dough.  Then I added enough flour to bring the dough together, until it was just past sticky, and kneaded for about a minute.  I rolled the dough into logs, cut up bite sized gnocchi, and let sit for an hour under a low-speed fan a la Michael Chiarello.  I skipped the fork roll step because I don’t care.  I get that it’s traditional and pretty and holds sauce, but it’s an extra however many minutes longer and the flavor is exactly the same!  I cooked them in boiling water, pulling them 2-3 minutes after they floated to the surface, and finished in a nutmeg brown butter sauce with a sprinkle of GOOD parmesan cheese on top.  You could put them in red sauce, alfredo sauce, bake them, or just put cheese on top!

Prick the potato with a fork all over and microwave for 12 minutes, turning once during cooking.  Slice in half then scoop out the middle, discarding the skins 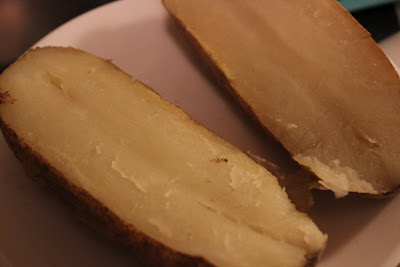 Either put the potato through a ricer or mash with a fork.  Combine thoroughly with the ricotta cheese, salt, pepper, and nutmeg. 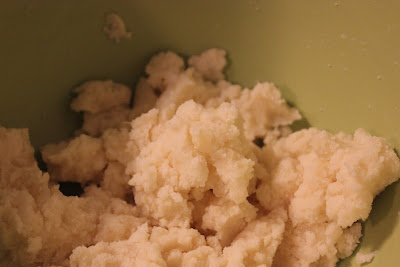 Add the beaten egg, combine.  Add the flour by first adding 1 cup and by tablespoon until the dough has come together.  It is important that the dough is not sticky.  Knead lightly for about a minute.  Separate into 4 sections and roll each into about 1/2 inch thick logs, using a floured surface. 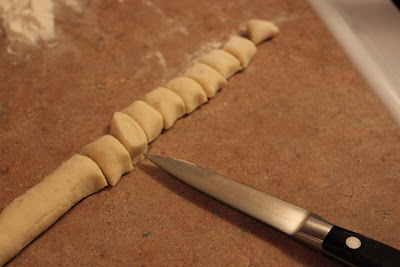 With a sharp knife, cut bite sized gnocchis.  Place on a cooking sheet, coated in a little flour to avoid sticking. 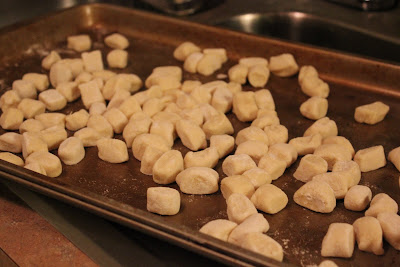 Let sit under the fan for about an hour, rotating occasionally.  (If you do not want to cook them the day you make them, freeze on the baking sheet then transfer to a zip top bag after this step.)  Cook in boiling salted water, pulling 2-3 minutes after the gnocchi float to the surface. 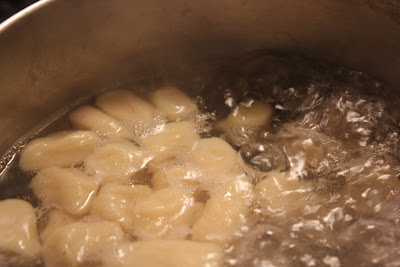 Melt the butter over medium heat.  Add in the nutmeg, salt, and pepper.  After 3-5 minutes the butter will have deepened in color. 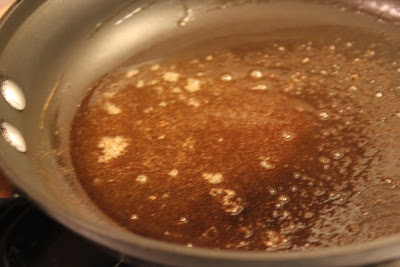 Add the gnocchi to the pan, saute for about 2 minutes. 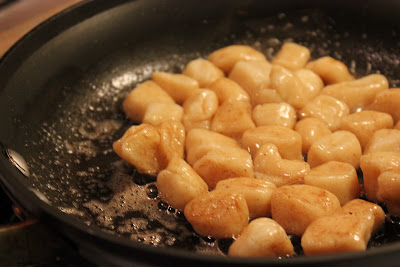 Put on a plate and top with fresh shaved parmesan cheese. 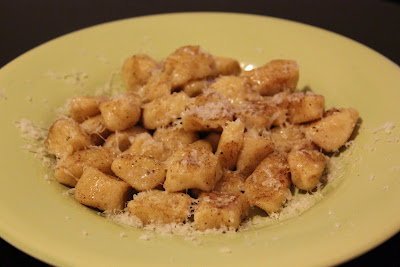 It's a project, but the end result are deliciously light gnocchi pillows perfect for any sauce.  Double the recipe to have a freezerful!
Posted by Sarah Toasty at 9:42 AM