I have so much DC pride, especially for all of our chefs who come home from Top Chef and make a splash.  Last summer, when Mike Isabella's Graffiato opened in Chinatown with the promise of the pepperoni sauce as featured on his final meal in Top Chef Allstars I knew I needed to eat there.  The sauce was amazing, as intimated by Gail, and it has been one of very few times in my adult life where I felt compelled to lick the plate. 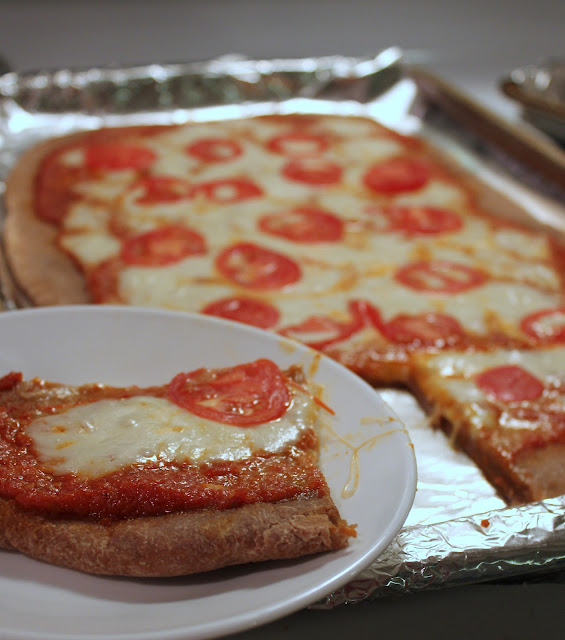 Ever since, I had the idea shaking around in the back of my brain to create a reverse pizza.  Pepperoni sauce topped with mozzarella and tomato slices to look like pepperonis on top!  And we all know my stance on adorable food.  So when I saw on sale mozz then ready made pizza dough directly next to the last package of pepperoni at Trader Joe's, I knew I needed to finally attempt the sauce! 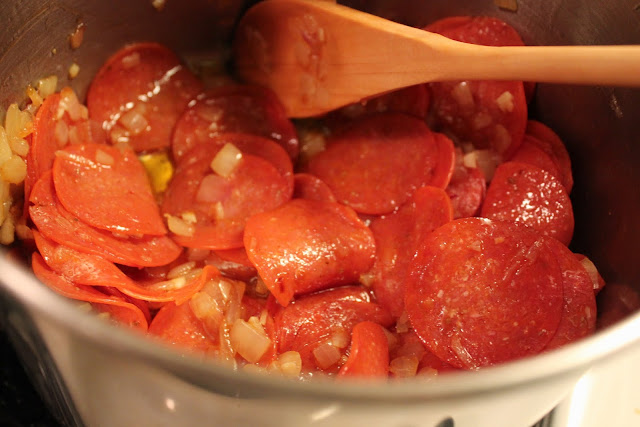 And oh this sauce!  Isabella is a genius, I can really take no credit.  The recipe he put out for it in the Washington post was for a giant batch so I just halved it and used campari tomatoes instead of half of a can.  I probably should have made the whole thing . . . 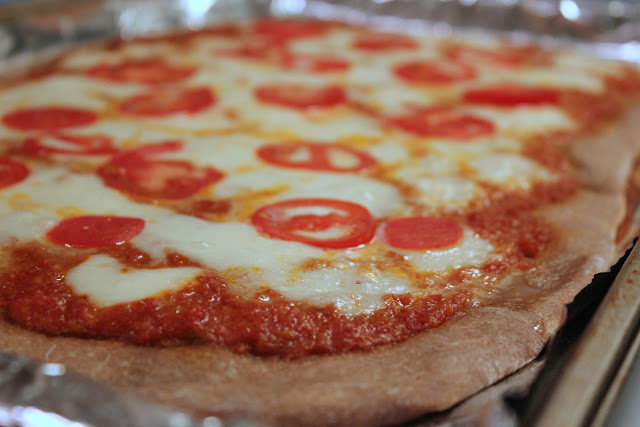 Begin by sauteing the red onion and garlic in olive oil over medium heat until they start to brown.  This should take about 5-10 minutes, during which you should toast the fennel seeds in a non stick pan with no oil until fragrant and a little darker. 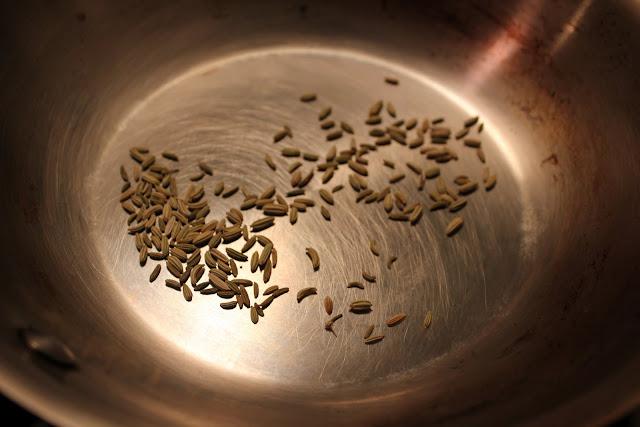 Add the pepperoni and cook for about 5 more minutes.  Then add the crushed red pepper flakes and toasted fennel seeds, cook for 1-2 more minutes. 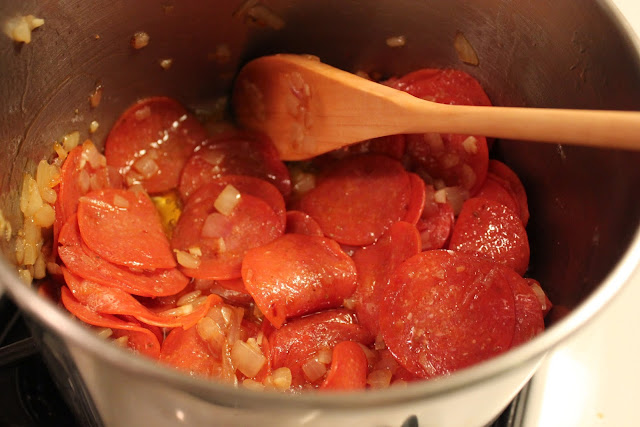 Add the tomatoes, chicken stock, and bay leaf.  Cover once the pot begins to bubble at the edges and cook for about 45 minutes.  With your immersion blender (or real blender in batches, with a hand towel over the lid), buzz up the sauce.  Serve with chicken thighs like Mike, freeze for later use, or make adorable reverse pizza . . .

Preheat the oven to 350 F.  I rolled out the dough until almost the size of a baking sheet, lined with foil and coated with olive oil. Add the sauce and then tear the mozzarella over the pizza. 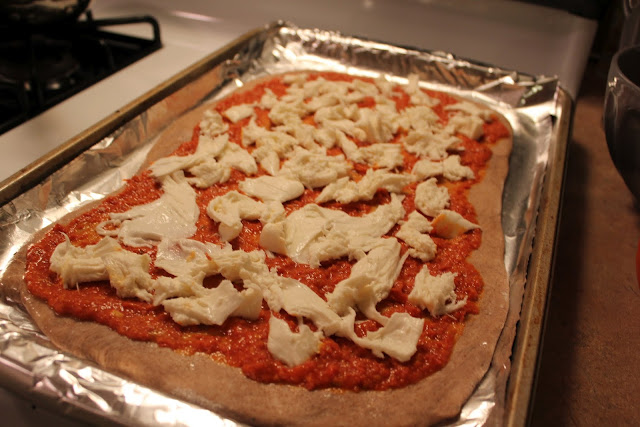 Bake for about 5 minutes, pull it out and add the thinly sliced tomatoes.  Return to the oven and bake until the crust is nice and crispy, about 3-5 more minutes.  Enjoy!
Posted by Sarah Toasty at 8:26 AM