Growing up, our extra special dinner was Orange Chicken.  It was crispy baked chicken breast coated in a orange marmalade, dijon mustard, and toasted sesame seed sauce.  My favorite was to drizzle the orange sauce over mashed potatoes.  Recently, I've been trying to adapt those flavors to other dishes to capture the nostalgic flavor. 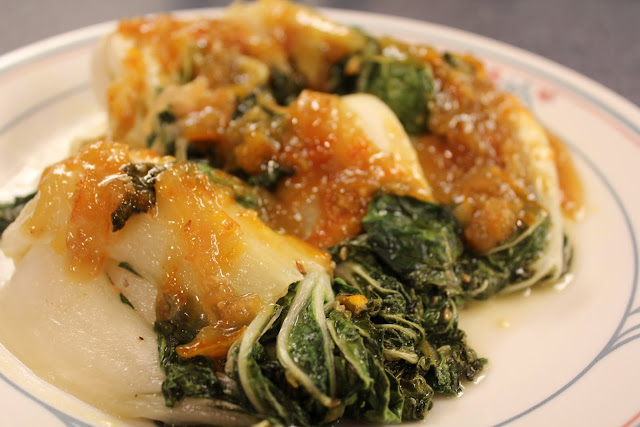 After a trip to my favorite asian market at home, I picked up some beautiful baby bok choy and thought that the hearty leaves would stand up to the savory-sweet sauce.  Starting with slowly caramelized shallots, I added the marmalade, mustard, and sesame seeds and let meld for a few minutes.  I sliced the baby bok choy in half (or thirds for bigger pieces), cleaned out as much of the grit in the leaves as possible, and put the bok choy face down in the sauce.  After about 2 minutes, I added a little chicken stock and covered to finish cooking the bok choy. 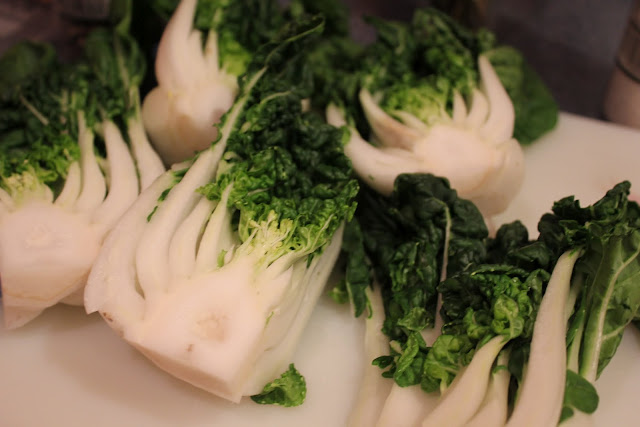 When the leaves have wilted, pull the veggies and cook down the sauce for a few minutes.  Pour the reduced sauce over the baby bok choy and enjoy (my) nostalgia!

First, prepare the bok choy.  Slice in half through the stem for smaller bok choy or into thirds or quarters for larger pieces.  Clean in between the leaves as best as you can and lay on a tea towel to dry off. 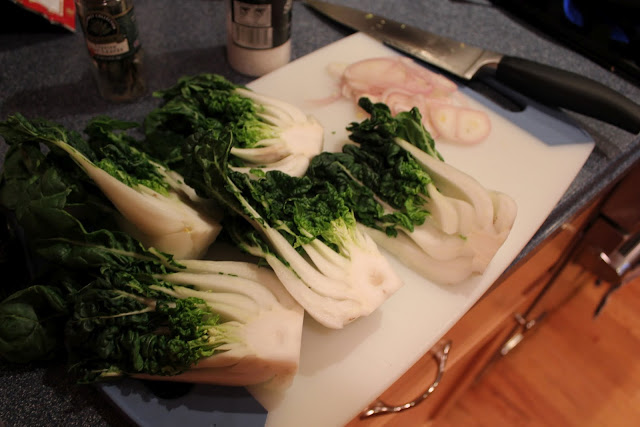 Start building the sauce by sauteing the sliced shallots in olive oil in a large pan with a lid over medium heat.  Season with salt and pepper. 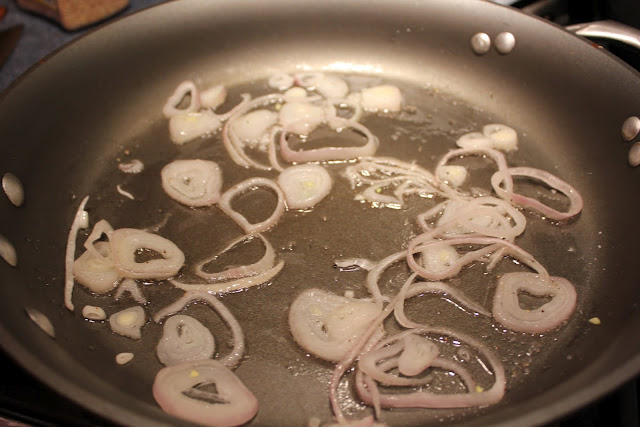 After the shallots have begun to brown, add the marmalade, mustard, and sesame seeds.  Let the flavors come together for a 2 minutes or so. 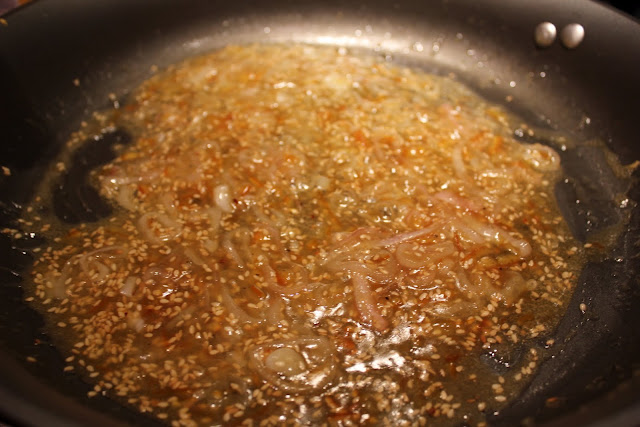 Add the cleaned and dried bok choy cut side down. 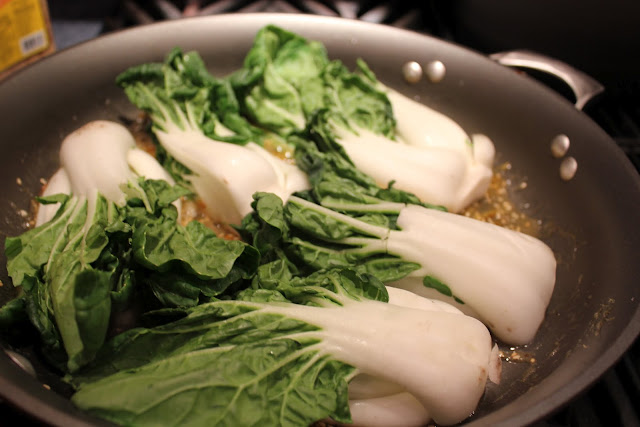 Leave alone for a minute, add the chicken stock (prewarmed in the microwave might help), and then cover with the pan lid.  Let cook until the leaves have wilted. 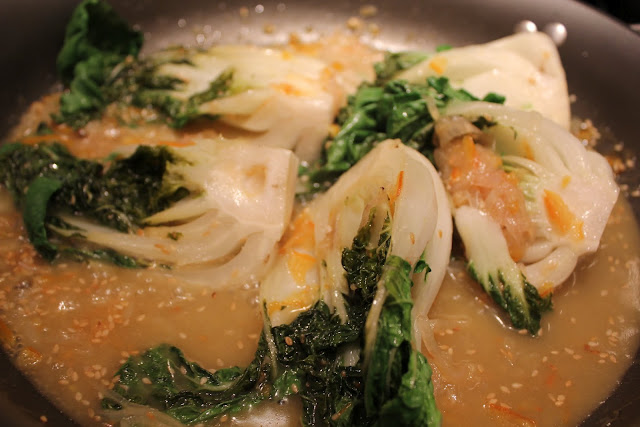 Uncover, remove the bok choy, and finish by reducing the sauce.  Top the baby bok choy with the reduced sauce and enjoy!
Posted by Sarah Toasty at 6:38 AM