Recently, I met Giada de Laurentiis at a book signing for her new book Weeknights with Giada.  She did a Q&A portion before where she talked about her boobs (reluctantly), her philosophy on feeding your kids exactly what you're eating, and how her job is to take what she has learned as a chef and teach the home cook little tips and tricks that we wouldn't have thought of ourselves.  And I love her for that!  The recipe that really drove that point home was her Orzo with Smoky Tomato Vinaigrette, where she added smoky flavor by pan-charring the skins of cherry tomatoes in a dry pan.  Genius!  And something I never would have thought of! 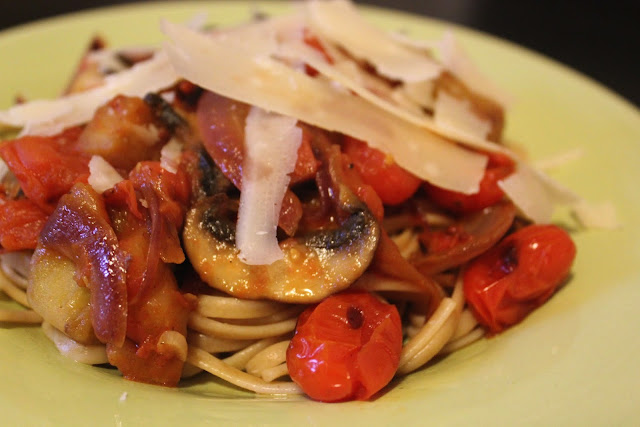 What I did think of was taking the idea of pan-charring the cherry tomatoes and making a hearty vegetarian pasta dish with eggplant and mushrooms to complement the body of the smoky tomatoes.  Lemon adds tang and smoked paprika adds another depth of smoke.  Paired with whole wheat pasta and a spicy shiraz, it's a great weeknight pick-me-up meal! 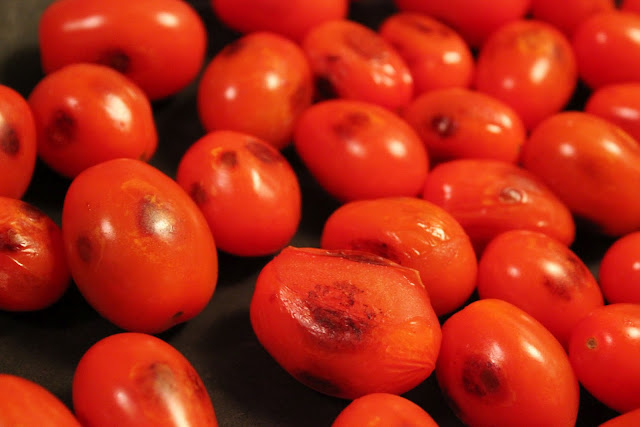 First, char the tomatoes in a large skillet over medium high heat with NO OIL!  Let cook for 10-15 minutes, until the skins are charred. 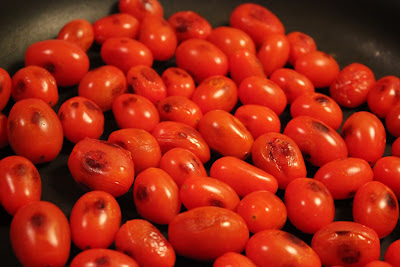 Pull out the tomatoes and let cool before mashing up. 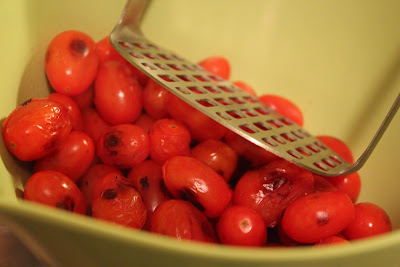 While the tomatoes are cooling, build the rest of the sauce.  Begin by sauteing the red onions with the crushed red pepper flakes over medium high heat. 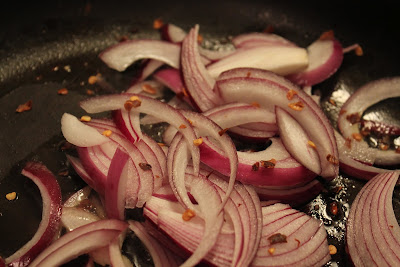 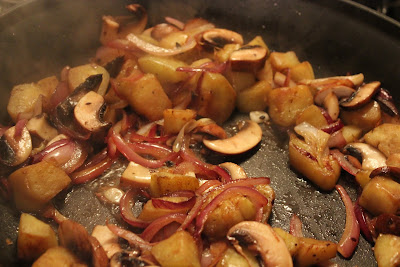 Add in the smashed cherry tomatoes, smoked paprika, lemon juice and zest.  Cook until the sauce has thickened, about 3-5 more minutes. 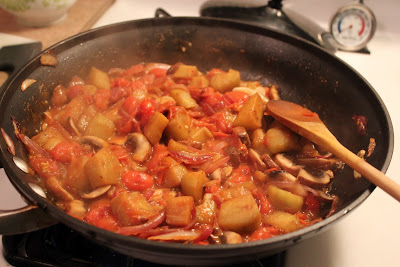 Top over pasta, shave some parmesan on top, and crack that bottle of red wine!  Weeknight bliss, thanks Giada!
Posted by Sarah Toasty at 1:48 PM