I've reach a bit of a milestone today . . . my 100th post!  I'm proud of myself for sticking to this little project and putting myself out there after years of thinking "I can do this".  Now I'm thinking why did I wait so long?  This blog gives me an opportunity to be creative and to take time for myself.  Not only that, I've met a lot of great new bloggy friends.  In that vein, let me introduce the next series that I'm participating in: 38 Power Foods! 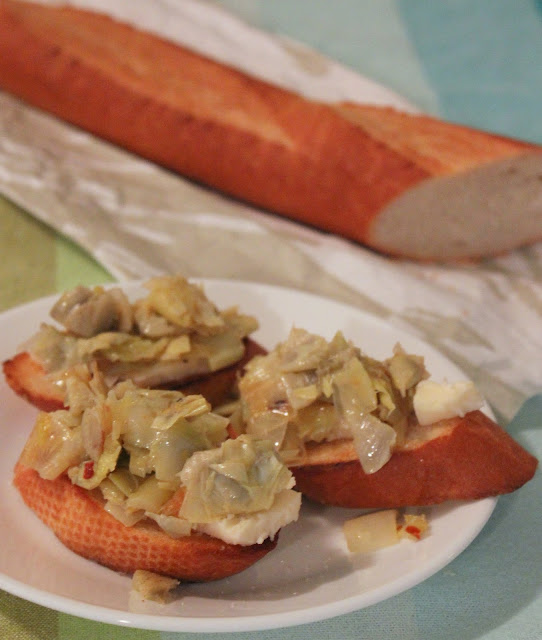 Started by Mireya from My Healthy Eating Habits, it is based on the book Power Foods: 150 Delicious Recipes with the 38 Healthiest Ingredients from the editors of Whole Living Magazine.  The first week's ingredient is artichoke.  The artichoke is high in antioxidants and fiber, helps to lower cholesterol, and aids in liver and gall bladder health.  There is a bit of a controversy in the scientific community if artichokes actually help hangovers (seriously, check out google scholar!) but I say they are so delicious that you should splurge on spinach and artichoke dip the next time you're dragging at brunch! 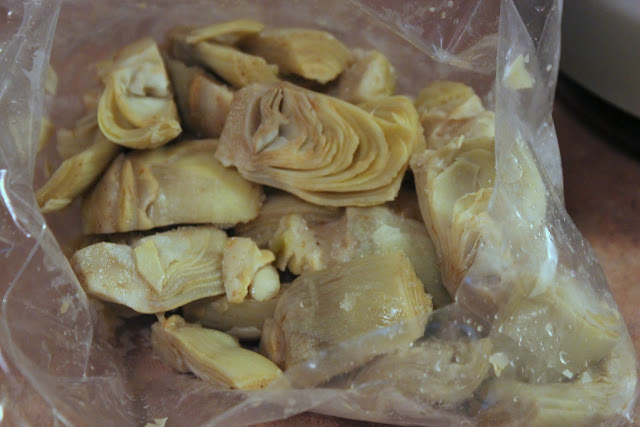 I made a quick crostini featuring the artichoke and caramelized leeks.  I always have a box of frozen artichoke hearts in my freezer; I just thawed a box, chopped them into bite sized pieces, and squeezed out any water before adding caramelized leeks.  There is a kick from crushed red pepper flakes, savory minced garlic, and a touch of sweetness from the leeks and a squirt of honey.  But the most important component to any artichoke dish?  A good squeeze of lemon juice.  There is something so harmonious about the combo of artichokes and lemon.  Paired with crisp crostini and a buttery cheddar cheese, these crostini are decadent AND healthful! 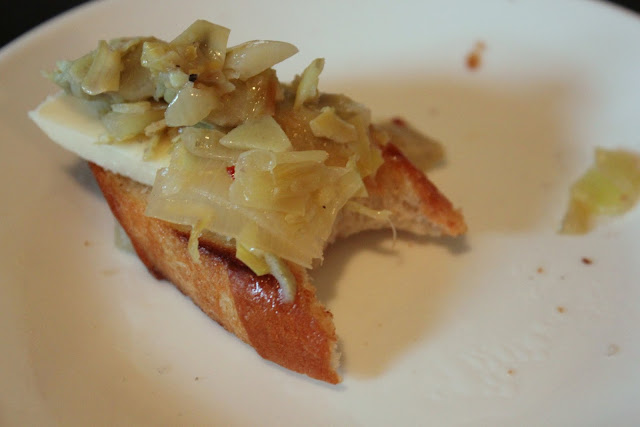 And here are the fellow bloggers investigating these 38 power foods:

Prepare the leeks by trimming the green leafy tops and the stem.  Cut the leeks in half vertically and then cut in half moons. 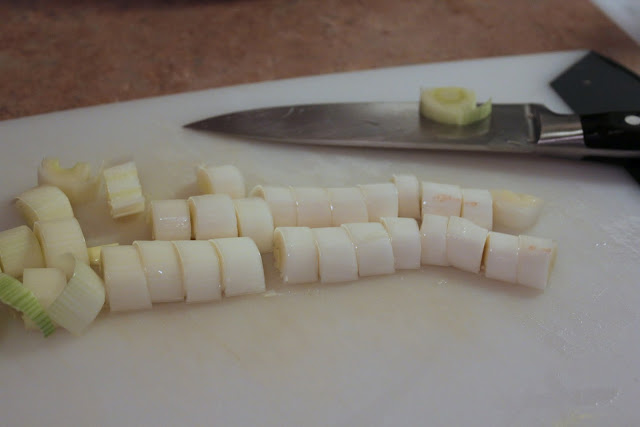 To clean, put in the cut leeks in a large bowl filled with cold water.  Separate the leaves as best as you can and try to get out any grit you can find. 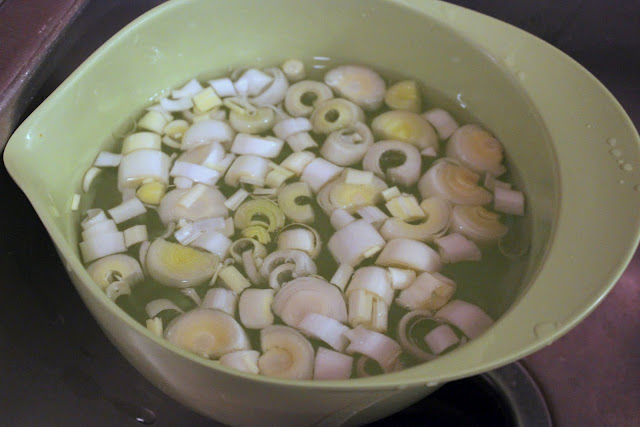 Remove and squeeze out as much liquid as you can.  In a medium saute pan, melt the 2 tablespoons of butter over medium heat and add the cleaned and drained leeks.  Add the pinch of crushed red pepper flakes and season with salt and pepper.  Cook for about 5-7 minutes, until the leeks have started to take on a brown caramelized color. 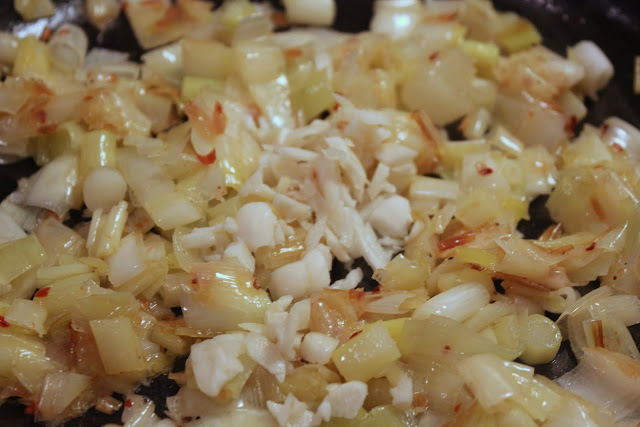 Add the minced garlic and cook for another 2 minutes or so.  Stir in the thawed and chopped artichoke hearts until heated through, remove from the heat.  Add the lemon zest and juice and 1/2 teaspoon of honey.  Taste for seasoning and add what you think you need; I added a little more salt and pepper and just the tiniest squeeze more of honey. 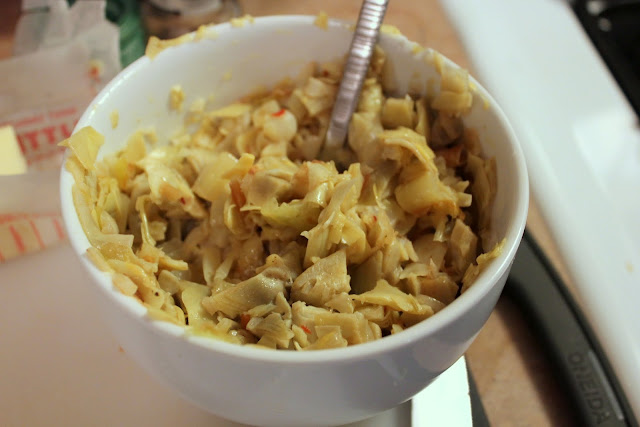 Toast up your crostini in a little more butter or olive oil.  Or a toaster oven like a normal person . . . 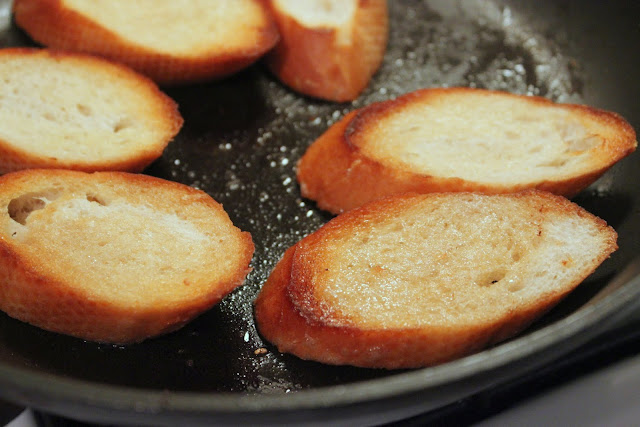 Put everything together: crostini, a thin slice of buttery cheddar, and a heaping helping of the artichoke and leek mixture.  Enjoy! 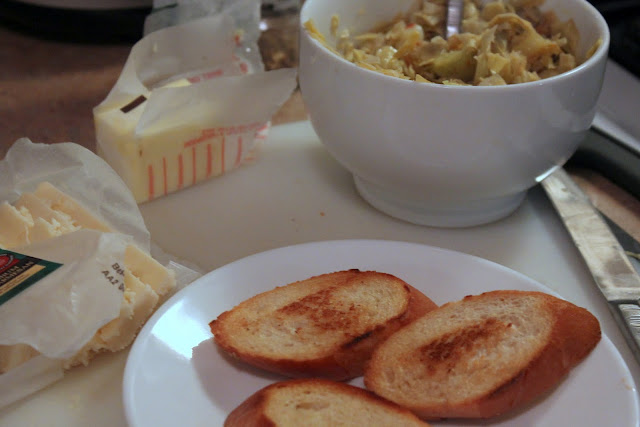