Whenever there was a snow day growing up, my sister and I would jump out of bed and make pancakes. We woke up earlier than a school day and immediately pulled out the premade pancake mix and food coloring.  Yes, we would make colorful pancakes because we were so excited to celebrate the snow day!  She was here in DC this weekend so we hit up all of our favorite places, including my favorite cupcake place baked & wired.  A flavor that caught my attention was the flap jack: maple brown butter cake with maple frosting and candied bacon on top.  It got the wheels in my head rolling to make us a midnight snack of bacon studded pancakes in the name of sister bonding. 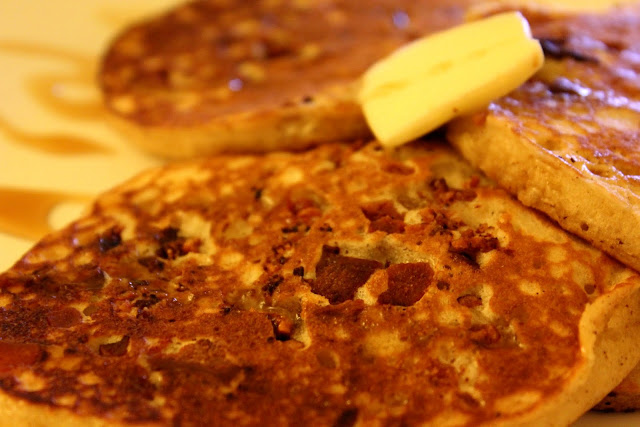 I'll be honest, this is the first time I haven't used a mix but I will NEVER use one again after trying it out the old fashion way.  I took a simple pancake recipe from Martha Stewart and doctored it with cinnamon, nutmeg, and vanilla just like I used to with the mixes as a kid.  I cooked some thick cut bacon until it was crispy, crumbled it into tiny crispy pieces, and sprinkled them on top of a just poured pancake like blueberry pancakes.  This ensured that the bacon would stay as crispy as possible during cooking.  Topped with a little butter and syrup, it is such a treat!  No snow day required!

Cook up the bacon on medium high heat.  When it is dark and crispy, pull from the pan and carefully dab with a paper towel to mop up excess oil.  Save the bacon fat if that's your thing (I have a tupperware in my fridge). 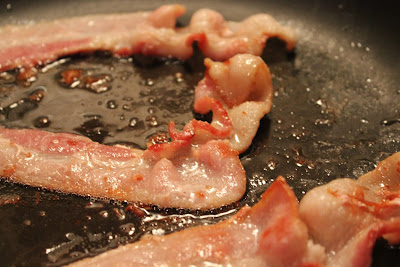 Combine the flour, sugar, baking powder, salt, cinnamon, and nutmeg with a whisk.  In a separate bowl, combine the milk, egg, cooled melted butter, and vanilla.  Fold into the dry ingredients with a spatula. 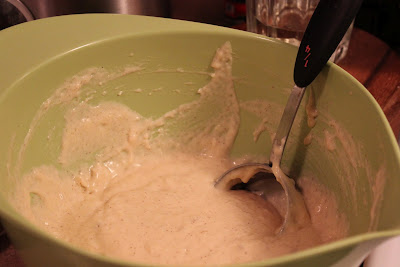 Heat a large 12 inch skillet or a griddle to medium heat and coat with either butter or a non stick spray.  Use a 1/4 cup measuring cup to pour the pancakes.  Top the poured cakes with crumbled crispy bacon pieces. 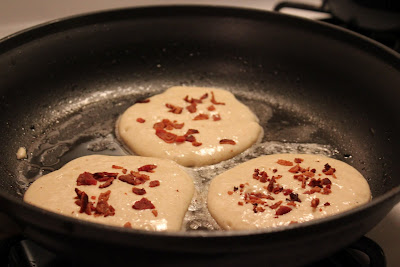 Cook on one side until you see bubbles, some bursting, about 1-2 minutes.  Flip carefully and cook for another minute on the remaining side. 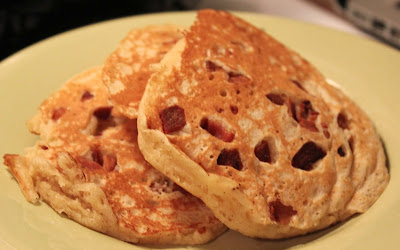 Add a little more butter or spray for each new batch of pancakes.  Serve immediately with butter and syrup.
Posted by Sarah Toasty at 3:45 PM